Implementing a parenting plan starts with a petition. If it’s in the context of a divorce then it’s a Petition for Dissolution of Marriage. If it’s in the context of solely a parenting plan (if the parents weren’t married) then it’s a Petition for Establishment of a Parenting Plan. Either way, that document starts a court case in District Court. If you filed the petition, then the other parent will have an opportunity to respond. Usually the petition includes your proposed parenting plan and the response contains the other parent’s.

Once all the necessary paperwork has been filed with the Court (you should consult a lawyer to find out what is required in your case) you can ask for a hearing to be set. In a divorce the required paperwork is far more involved. Either way, once everything is submitted you can go before the judge. This will either be in the context of a trial or a contested hearing. For these purposes those are basically the same thing.

At the hearing you’ll be able to testify and call other witnesses to testify on your behalf. The other parent will be afforded the same opportunity. You can also introduce evidence for the judge to consider. At the end of the hearing the judge will make a decision. He make make the decision right away, or he may “take it under advisement.” This just means that the judge needs more time to make a final decision. If it’s taken under advisement, you’ll be notified of the Court’s decision by mail.

There is another possibility. Often, parents will come to an agreement before the hearing to avoid the time and expense of trial. This is usually called settlement. When both parents agree on a parenting plan and child support amount, they can stipulate to a parenting plan. Almost always, the Courts adopt these stipulated plans. However, in Montana the Courts are required to always take the best interests of the child in to account – which means that the Court has to review anything the parents agree to in order to ensure that it’s in the child’s best interest.

Adoption is a legal process that replaces a child’s parent/guardian with another person. It can happen for one or both parents. One of the most common types of adoptions in Montana is a step-parent adoption. When two parents separate, and one of the parents remarries – that new spouse often wants to adopt the children. In order for that to happen, the original parent has to either consent to the adoption, or the Court has to rule that the adoption should take place. But is the other parent still responsible for child support?

There are two answers to this question: yes and no. No, the other parent is not responsible for child support after the adoption. The adoption process legally severs the relationship between the parent and the child and replaces it with the adoptive parent. That person could be responsible for child support going forward, but the original parent will no longer be. For some people, this is a consideration when contemplating a step-parent adoption.

What the adoption doesn’t erase is past-due child support. The support that was owed on the date of the adoption does not disappear. The original parent continues to owe that because up until that time he or she was responsible for it. The child support won’t continue to accrue (although interest and other things could continue to make it larger) but it also won’t go away.

Adoption is a permanent legal process that replaces a child’s parent with another person. It should never be entered into lightly. Child support is one of the many moving pieces that need to be considered when adoption is on the table.

Pro se is a legal term used to describe a party who is representing herself. You might also hear the terms self-represented, self-help, or Pro Per (not to be confused with proper). One of the rules for courts is that only attorneys can appear before judges. However, in America we have a constitutional right to access to the courts. This means that even if you don’t have an attorney, you can’t be stopped from representing yourself. Historically, this has been a common aspect of the judicial system – but lately we’ve really seen an increase in popularity.

Web sites like Legal Zoom have made it easier and easier for non-lawyers to access legal forms and get the language that Courts expect. It’s always been common for lawyers to trade “forms” between themselves and share the documents that they file in Court, but if you weren’t an attorney it could be very hard to get a template to even start from. But the internet has really changed that.

Litigants representing themselves is a major change that the court systems are learning to live with. In fact, the Montana Supreme Court has endorsed the phenomenon with gusto, creating a number of commissions and panels that exist solely to make the process as easy and reasonable as possible. They host a number of different forms on their website (http://courts.mt.gov/library/topic/default.mcpx) and over see the Montana Self Help Law Centers.

For anyone representing herself in a parenting case involving a child, one of the required documents is going to be a child support calculation. Unfortunately, forms don’t really help much with this because of the math and calculations involved. Lawyers have turned to computers to do this work for years, and now with mtchildsupport.com – you can do the same thing. If you’re pro-se in a child support, child-custody, or divorce case involving children, this may be just the way to ensure you receive an appropriate and fair child support order.

Montanans tend to be smarter than average, and I think the trend of self representation is going to be around for a while. If you consider doing it, my best advice is to avail yourself of all the possible resources. 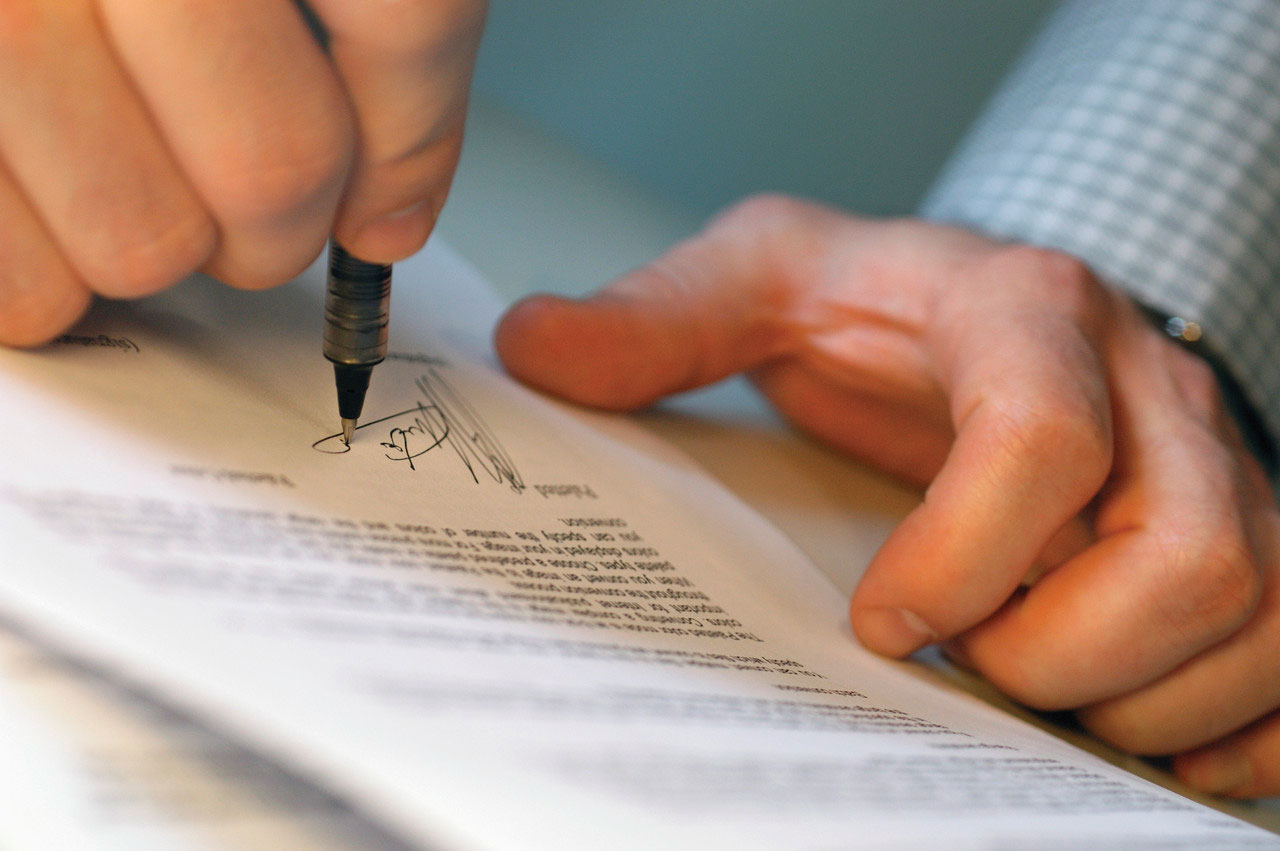 Many people using our online child support calculator are doing it because they are representing themselves in a divorce, child custody, or child support matter in Court. For most people, going in to Court unrepresented is an intimidating and difficult thing. Luckily, Montana has the Self Help Law Program, with offices across the state.

It’s a free service provided by the Montana Supreme Court to help with civil legal problems. This means that they’re only involved in non-criminal matters. They exist to give you the information you need and help you understand your legal rights and responsibilities. Hopefully, this help you resolve your legal problems on your own if you cannot afford an attorney or if you choose not to hire one. They can’t give you legal advice or represent you in court, but they will provide you with legal information and resources that will help you help yourself.

The Self Help Law Centers only deal with civil matters. Here’s the wikipedia page explaining what civil law is as opposed to criminal law. Most commonly, the centers help with family law matters (divorce, parenting disputes, guardianships, step-parent adoptions), Landlord-Tenant disputes (evictions, damage deposits, notices to repair, …), Order of Protection, Powers of Attorney, Emancipations, and civil suits. That last category (civil suits) is a pretty broad catch all that basically means they’ll try to help you with whatever comes up.

The process for people seeking self help generally goes something like this: 1) People make an appointment or go visit one of the centers; 2) at the appointment one of the staff discusses your situation and gives you forms that will apply; 3) you take the forms home and fill them out; and 4) you come back to the center so their staff can review the forms. It’s a great process, but it can take some time.

Many of our users are also involved with the Self Help Law Center. Unfortunately, the form for the child support calculation is the same one found on CSED’s website – and there’s no automation to it. So, if you’re looking to get a determination of numerous combinations of numbers, you may want to combine our product with the Self Help Law Center. Of course you can represent yourself without using the child support calculator, I’m just not sure why you’d want to.

In one way, the Montana Supreme Court has very little to do with child support. But, on a larger scale – they’ve got everything to do with it. I’ll try to explain that better, but first – let’s talk about the make up of courts in Montana.

Our judicial system is made up of different levels of Courts. Generally, it’s easiest to think of them in terms of the size of the area they represent. So first we have city courts. Not all towns across Montana have them, but you’ll find them in the incorporated cities of our state. They’re the smallest courts because they’re jurisdiction is limited to city limits. There are a number of other limitations on city courts, but the most important one for our purposes today is that they can’t hear child support issues. In fact, they can’t make decisions regarding family law matters at all (except orders of protection, but that’s not really family law).

The next step up is Justice Courts. Montana Justice Courts are tied to counties. Usually they’re found in the county seat (although there are a few exceptions) and they deal with smaller civil and criminal matters. So, for example: the longest that you can be sentenced for a criminal violation in justice court is 6 months. If the charge has a possible penalty beyond that, then things move up to District Court. Just like city courts, justice courts have no jurisdiction over family law – so child support matters are not dealt with there.

The largest trial courts we have in Montana are the District Courts. Again, they are tied to counties, but they hear anything and everything. Although the other courts have a limit on how big of cases they can hear, District Court has no such limit. And, interestingly, it’s got no limit they other way. District Courts can hear the biggest cases, and the smallest cases. And, they are the only trial courts in the state with jurisdiction over child support matters and other family law issues. If you are bringing a child support claim in Montana (in court) you have to do it in District Court.

The Supreme Court makes the ultimate decisions on interpreting law and the constitution. They’re the ones who decide what all the guidelines really mean. And when they make a decision about what it means, everyone is bound by that decision going forward. So, getting back to what I said originally – the Supreme Court has very little to do with Child Support because they won’t be making the decisions about your case. But they have everything to do with it, because they’ve been handing down rulings for years and years that tell us what the guidelines really mean and what the right way to go about doing the calculations is. And, if the District Court makes a mistake in your case – the Supreme Court can correct it on appeal.